World’s best gyms with a view

A surge of inspiration to help push through the pain barrier at the gym can be hard to find. Not least when you’re working out in something resembling an underground shelter with little more than a bank of mirrors and a continual stream of music videos to cast your eyes upon.
However, despite much evidence to the contrary, not all gyms are alike. In fact, you’ll be surprised to learn that some even feature spectacular views to lose yourself in. Who knows, when taking in a vista of an amazing skyline or stunning natural environment, an intense 45-minute workout might prove to be as relaxing as it is strenuous.

Below, we’ve put together some images of gyms from all around the world with great views

The Park Hyatt in Tokyo

Pushing on that extra few minutes must be helped by this sensational view out over the Japanese capital from the gym at the Park Hyatt in Tokyo.

With the London Eye, the Tower of London and Big Ben all visible from London’s Four Seasons Hotel in Park Lane you can do some sightseeing and fire up the lungs at the same time.

The lights of Hong Kong are too good to forgo, even when grabbing a workout. Luckily, the elegant glass façade of the 5-star Hotel ICON means that even when pacing it out on the treadmill you’ll be able to admire one of the world’s great skylines.

If there’s one place on earth where you really want to be in shape, it’s when you’re about to head down for a swim at Copacabana Beach in Rio de Janeiro. However, with this view from the Porto Bay Rio Internacional over the famous stretch of sand, you’ll have the benefit of practically feeling you’re already down there when you’re working up a sweat.

Workout and admire Dubai from one of its landmark buildings, the Burj Al Arab.

From the gym at the Lake Austin Spa in Texas you’ll enjoy this enchanting view of the lake and the surrounding landscape (we don’t think there’s any need for the screens on the step masters.

It’s not every day you get to do a spin class in a treehouse. But here at the BodyHoliday Resort in St Lucia you’ll be high in the lush green trees as you spin the pedals. You can even venture up onto its rooftop for a spot of yoga as the sun rises above this glorious Caribbean island nation. 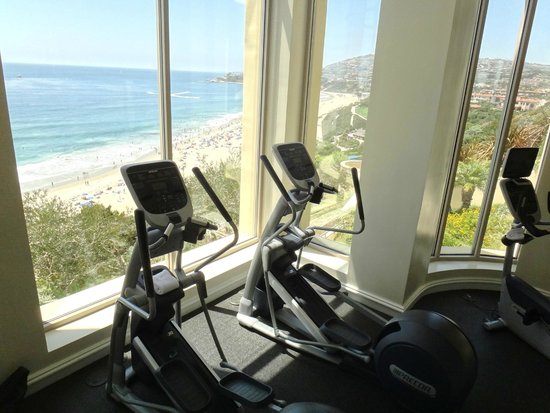 This photo of The Ritz-Carlton, Laguna Niguel is courtesy of TripAdvisor

Looking out over this stretch of Californian coastline, you’ll no doubt want to be outside. But if you’ve sworn you’ll dedicate yourself to 30 minutes in the gym before hitting the beach, well this is a pretty nice place in which to burn off some calories.

For more information visit capitolgrand.com or call LK Concierge on 13 55 74.

Kew Sitting at one of the highest points in Melbourne, 6km...

Hawthorn Located just six kilometres from the city, Hawthorn is one...

Balwyn Located 10kms from the city in Melbourne’s east is the...

Albert Park Located only ten minutes from the city, Albert Park is...

Southbank Southbank is home to some of Australia’s tallest apartment buildings...

Melbourne CBD The city of Melbourne is one of Australia’s leading property...
Get the latest news sent straight to your inbox

The LK Property Concierge team will ensure you are well supported throughout your property buying experience. Our Concierges are available during 9am - 6pm Monday to Friday and between 9am - 4pm Saturday and Sunday.

Thank you for submitting your details. One of our representatives will contact you shortly.

* You must be a Qantas Frequent Flyer member to earn points. A joining fee may apply. Membership and points are subject to the Qantas Frequent Flyer program terms and conditions. Members who purchase an Eligible Property will earn one Qantas Point per $2 paid to the vendor or its representative on the deposit and the balance of the purchase price up to a maximum of 2 million Qantas Points. For example, if you purchase a property for $300,000, you can earn 150,000 Qantas Points. Points will not be earned on any government taxes and charges paid, including stamp duty. This offer applies to all contracts signed on or after 31/01/2017. The Property must be purchased through a real estate agent accredited by LK Property Group. "Eligible Property" means a new residential property that is: 1. developed by LK Property Group; 2. has been identified by LK Property Group or its accredited agents as a property for which purchasers are eligible to earn Qantas Points; and 3. has been purchased from an agent accredited by LK Property Group (a list of accredited agents is available at www.lkproperty.com.au). You must provide your Qantas Frequent Flyer membership number to the accredited agent prior to the payment of the deposit. Qantas Points will be credited to the nominated Qantas Frequent Flyer account(s) (a maximum of 20 accounts may be nominated) in two stages: Stage 1: upon the contract becoming unconditional and full deposit being paid, and Stage 2: upon settlement of the Property and the balance of the purchase price being paid. Points will be credited to the Qantas Frequent Flyer account(s) within 6 weeks of payment being received under each qualifying stage. Prices correct as of 31/01/2017.
Thank you for submitting your details. One of our representatives will contact you shortly.